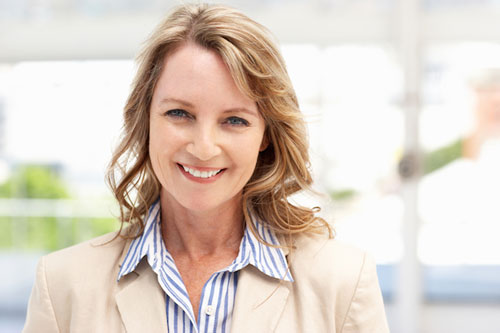 7 Mistakes I Made Trying To Get My Man Back

The idea of “giving it time” was desperately scary.

I was so worried that if I didn't reach out to him and patch things up right now, he’s going to meet another woman and forget all about me.

I was going through so much anguish right now that I couldn't sleep, or eat, and I couldn't imagine myself ever being happy again unless I worked things out with him.

But I knew in order to give myself the best possible chance of reconciling with him, I had to give it time. Right then I was NOT in the right emotional state to figure out how to get back into a relationship with him.

And even if I did manage to wrangle him back, I wouldn't expect it to last for very long. The same issues and problems that drove him away were still there.

These are the 7 mistakes I've made regularly, whenever I've desperately wanted to get back with a man...

During this post-breakup period, there are 7 Mistakes that women make when hoping to get their man back. They are:

Mistake #1: Throwing a “pity party.” It’s completely normal for you to feel sad and lonely after a breakup. But you’re going to have to snap yourself out of it—for your own well-being, and to give yourself the best possible chance at getting him back.

In the self-help community, there’s a popular saying: “Move a muscle, change a thought.”

In other words, the simplest and fastest way to take your thoughts off of the breakup is to get up and do something. Get out of the house. Call a friend you haven’t seen in a while and make plans to have dinner with them.

Exercise, and flood your brain with endorphins (the “feel good” chemical that our brains produce when we exercise; it’s the same chemical that is released when we climax, and it’s the human body’s built-in pain reliever).

As difficult as it might seem right now to get off the couch, turn off the TV, and do something constructive and positive, you must force yourself to do it.

Move a muscle, change a thought!

In fact, he probably didn’t even tell you the real reasons why he felt he had to end the relationship. A bit later in this book, we’re going to work on identifying those reasons so that you can enjoy a better, happier relationship with him in the future.

I once worked with a woman named Sarah, whose boyfriend Rick had cheated on her and left her for another woman. Sarah desperately wanted him back, and had convinced herself that she was to blame for Rick’s infidelity! It was as if she was apologizing for Rick’s behavior, saying things like “I should have taken better care of myself, I’m not as thin as I used to be, so I can see why he’d want someone else.”

That being said, in this book we’re going to talk about some of the problems you may have created in the relationship (sometimes without even realizing it). We’re going to identify those problems so that you can work on them. But for now, forget about assigning blame, and stop beating yourself up. We’ve got more important things to do.

Mistake #3: Keeping Reminders Of Him Everywhere. I remember when my former roommate Julia broke up with her boyfriend Eric. She moped around our apartment for weeks, complaining that she couldn’t stop thinking about him. Well, duh…she had a big framed photo of them together on her bedroom wall, she wore one of his tee-shirts to bed every night, and several times per day she checked his Facebook profile to see if he’d been up to anything.

I convinced her to tuck the framed pictures away in my closet (where she wouldn’t have access to them), lose her ex’s ratty old New York Giants tee-shirt, and install a Facebook blocker on her computer so that she couldn’t log on for the next two weeks.

Within 24 hours, her attitude had improved. She never did get Eric back (and between you and me, she’s better off for it), but her mood began to improve once she removed those constant reminders from her day-to-day life.

Mistake #4: Going Into “Chase Mode.” You can’t hound him into wanting to give your relationship another try. If you’re clutching your phone in your hand right now, wanting to text him, set it down! In a little while, we’re going to talk about the importance of adhering to a No Contact period for the time being, while you work on yourself and prepare to get him back.

You can absolutely ruin your chances of reconciling with him if you insist on texting him, calling him or emailing him when he clearly doesn’t want to be bothered. This is especially true if one of his reasons for breaking up with you was that he felt pressured, or that you were needy.

I realize this can require a LOT of self-discipline (especially if it’s late on a Friday night and you’ve had a few drinks!), but if you’re committed to making this plan work, please follow my advice on this. The idea is to get him into the mode where he wants to win YOU back.

Mistake #5: Trying to make him jealous (in a bad way). This Deadly Mistake was committed by a girl I know named Jessica. When her boyfriend Eddie suddenly broke up with her, she decided she was going to “show him.”

After a long night of partying she had a one-night stand with one of Eddie’s friends, a bartender named Lance, and she told their friends about it so that word would get back to Eddie. Jessica was somehow hoping that this would cause Eddie to fly into a fit of jealousy and insist on getting back together with her.

Instead, Eddie changed his phone number, de-friended her on Facebook, and never spoke to her again.

Mistake #6: Giving him benefits without getting the relationship. Another common mistake that women (and men) make after a breakup is that they allow their ex-partner to “use” them to meet certain needs, without giving them the full relationship.

Take my friend Chris, for example. The guy’s a total sweetheart. Unfortunately, he’s also a pushover. His girlfriend of two years, Leslie, dumped him because she wanted to date some other guy named Kevin.

As it turned out, Kevin was a pathological liar and a complete jerk. While Leslie was dating him, she would call Chris for emotional support and to talk about her situation. Chris was happy to oblige, thinking that if he was “there for her” emotionally, she would come to her senses and realize that she ought to get back together with him.

When Leslie busted Kevin cheating on her (with one of her friends), she broke up with him. Now Leslie was back to being single again, and feeling lonely and rejected, so she invited Chris over to her house “just to cuddle.”

Poor, clueless Chris became her “cuddle buddy,” sleeping in her bed several nights a week (without any intimacy) and even loaning her money for her bills.

Of all the “strategies” to try to win your ex back, this had to rank among the worst. While Leslie may have appreciated his help and support, she must have lost all respect for him as a man.

Chris finally came to his senses one day when Leslie invited him over to help her paint her bedroom. While he got the painting underway, she showered, changed into a sexy outfit, and informed him that she was going out on a date with a new guy she’d met at the gym.

“Wish me luck, sweetie!” she said to Chris.

Instead, Chris dumped the can of paint on her bed and marched out the door. Even nice guys have their limits!

The moral of the story is, do not allow your ex to “use” you for emotional support, or intimacy, or financial help, or anything else unless they’re ready and willing to be in a full relationship with you.

This is especially true for women; if you’re willing to be his “booty call,” what reason are you giving him to return to a committed relationship with you?

Mistake #7: Re-starting the relationship without following the right steps. This mistake always make me think of a young couple who used to live in my apartment building, Brian and Shirley.

They were one of those dramatic couples who were constantly breaking up and getting back together. (I lost a lot of sleep having to listen to them fighting like cats and dogs at all hours of the night.) Deep-down, they really loved each other and couldn’t stand being apart.

If Shirley could have just stopped talking for five minutes, and sat Brian down and encouraged him to express why he kept feeling the need to break up with her, maybe they could have patched up some of the leaks in their relationship.

The problem was that Shirley had “trained” Brian to know that if he even hinted that he was unhappy about something in the relationship, she would fly off the handle. So nothing ever improved.

You know what they say about the definition of insanity? Doing the same exact thing over and over again, and expecting different results?

This is a good opportunity for you to do something a little different.

The problem is... do what, exactly?

It's harder than most women think... until you've been through it yourself.

This is why I have been helping other heartbroken women find happiness for the past 10+ years, as a consultant.

It might be with a new man, or you could get your ex back, as many women have.

Unfortunately, it's common for my private coaching fees to be a little out of reach, especially at such a traumatic and often life-changing time.

So when Tammy reached out to me to help create an online version of the coaching calls I usually do, I jumped at the chance.

Tammy wasn't family or a close friend - it was more that her situation really struck me like a kick from a horse.

She was in pain, so we worked together to make this information accessible to other women who have had their heart broken, or even just worried about the future of your relationship.

Watch Tammy's powerful story here: I promise it will move you...

Please note: We do not believe in instant or guaranteed results. We believe in common sense, hard work, and good communication as the foundations of any relationship. The results mentioned on this website are not typical. Your results may vary. The only thing we promise is to share our story as our way of inspiring you to make changes in your life. Nothing on this website constitutes financial or health advice of any kind. For any questions, please email support@womensdaily.club