Welcome to Rewind Your Romance. Please activate your FREE coaching...

Because Of Limited Space: If You Don't Activate Your Free Coaching Trial, Your Spot Will Be Passed On To Someone Else

How to use your optional free coaching: In a moment, you will be taken to the Rewind Your Romance members area. You'll see a link to join our support community and book your first free 1-on-1 coaching session with one of our in-house Love Coaches.

If you decide to maintain your coaching sessions and stay in our community beyond your 10-day trial, you will be charged $39.95 per month. After your trial - you'll be able to book up to 2 free coaching sessions per month! Of course, you may cancel your membership at any time via www.RewindYourRomance.com/support.

Or, if you do not wish to join our community and start your 1-on-1 coaching sessions, there is a link at the bottom of this page to say "no thanks."

We've also got your next 12 months of life-changing books, audios and videos

Each month of 'Happily Ever After' has its own theme that takes you on a journey from now to a red-hot, passionate relationship. There is no minimum term, you can cancel at any time, but over the next year you're getting all this:

And remember - you're also getting TWO 1-on-1 love coaching sessions per month, for as long as you stay with the program 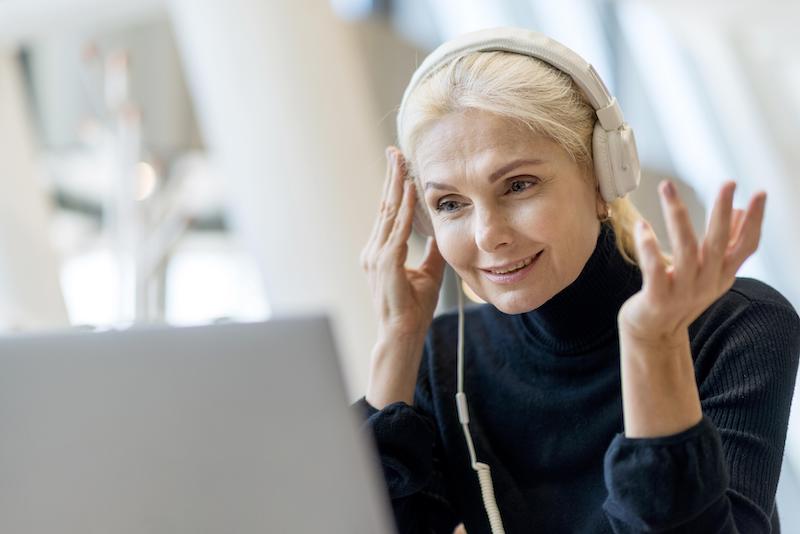 Here's a small sample of the wild success stories our coaching students are having...

All this could start happening for YOU... starting today!

“My husband Tony and I were going through a rough patch and I found out he was having secret discussions with a divorce attorney. I was freaked out and didn’t know what to do...

Things had gotten really bad. Almost anything could blow up into an argument. One night, after we we both said things in the heat of the moment that we really didn’t mean, he packed a bag and moved into a hotel.

I still loved him and I didn’t want to end our marriage, not only for our kids’ sake, but because I truly believed Tony was my soulmate.

You can’t just go out and meet another soulmate, you know what I mean?

I came across Rewind Your Romance one night while surfing the web, and decided to try it. The fact that you back your system up with a risk-free, 60 day money back guarantee made it a no-brainer. I figured I had nothing to lose...

My favorite part turned out to be my Happily Ever After membership! I received so much smart, no-nonsense advice, and your support team was friendly and supportive with my questions. They responded with care and followed up on my situation.

One of your Relationship Rescue tips was so simple but clever. It worked like magic! Tony showed up at my job with a bouquet of roses and took me out to lunch. He was a changed man.

All of the bitterness and hostility was gone. Thanks to you, my husband returned to being the sweet, loving guy he was when I fell in love with him...but now, he's open and honest with me in ways he NEVER was before."

“I was gobsmacked when my boyfriend, Darren, broke up with me.

At the time, I put most of the blame on myself. I’m not as pretty as I once was and I’m certainly not as thin. And we’d been fighting for months, mostly bickering over little things that blew up into bigger things. Then one day, I came home from work and he was gone.

I asked for his forgiveness, even pleaded with him, but he didn’t seem to have any interest in working things out. That’s when a friend of mine told me about Rewind Your Romance.

When I first heard of it, I was skeptical for a few reasons. For one thing, I’ve had trouble with online purchases in the past because I’m not a ‘computer person.’ But I was pleasantly suprised that I was able to download the entire course within a matter of seconds.

Despite Darren repeatedly telling me that it was over, and that he’d fallen out of love with me, I had to give it one more shot. And this time it was different, because I had an actual step-by-step plan that I could put into action immediately.

Were the methods a bit sneaky? Well, yes. But as the saying goes, ‘all is fair in love and war,’ and I knew getting back together was the right thing for both of us. I just had to know how to make him come around.

Long story short, it worked. Here we are today: it’s been a month since he came back to me. This morning, he woke me up by tickling my ear with kisses. As we ate breakfast in bed, he apologized AGAIN for our break up and told me, ‘Honey, I don’t know what I was thinking. I promise you, it will never happen again.’

Samantha, I can’t thank you enough. Make sure you respond to my Facebook friend request and send me an email so we can chat more: Tracy.Nilsan193@hotmail.com ”

“I’ve been trying to get my fiance back for the past few months but he wouldn’t give me the time of day. I panicked last week when I saw his Facebook status change to ‘In A Relationship’ with another woman.

Out of sheer and utter desperation, I tried your system... and the results spoke for themselves. That same night, after weeks without having any contact, my fiance reached out to me with a text message.

He suggested that we should meet up and talk things over. During that conversation, he revealed feelings that he’d kept bottled up inside ever since the day we met. It all just came pouring out of him!

The bottom line was, he still loved me, but there were issues in our relationship that were troubling him. He just found it impossible to express those feelings until I used the Rewind Your Romance method to ‘get inside his mind.’

Now things are better than ever, and our wedding is back on track. He promises me every day that he will be the faithful, devoted, loving husband that I deserve.”

There are SO many heartbroken-and-now-happy women who had to remain anonymous, but still wanted to share their success stories with you today.

Like my best friend Susan, mother of 3 who was about to go through a divorce was able to get her husband back and win his affection again.

Or Tina, who’s 36 was able to get back her steady boyfriend of 3 years after a sudden break up.

It even worked for Monica who was a having a rough patch with her boyfriend, now they are celebrating the anniversary of their wedding this year!

Terms: Check the box above and click the yellow button to activate your FREE Online Coaching. Should You Choose To Continue Receiving Online Coaching After 10 days, Your Account Will Be Charged The discount Monthly Coaching Fee Of Just $39.95. You Can Cancel At Any Time. If You Wish To End Your Coaching Before Your Trial Is Over, just contact us at www.rewindyourromance.com/support and you will never be charged again.

No thanks. Even though this is the only way to get 1-on-1 personal coaching without paying a fortune for a shrink, I'll try to figure this out on my own.  So I'll pass on the free coaching.